Request a Meeting!
Request a Demo

Home / About us / Board of Directors 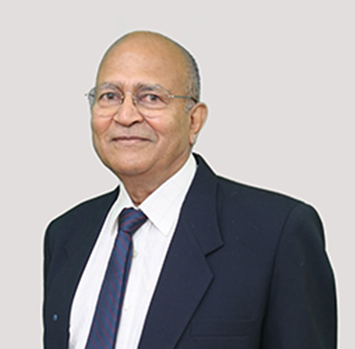 Mr. S.M. Acharya went to school in Bangalore and Gwalior and graduated from the universities of Madras and Hong Kong obtaining Bachelor of Arts degrees. He also possesses a Masters Degree in Economics from the Victoria University of Manchester, UK. Having taught at a school for a year and a half, Mr. Acharya enrolled in an intensive course in Chinese language at the University of Delhi, and then sat for the civil service examinations in 1973. He served in the Indian Administrative Service for 35 years based in Karnataka for 20 years and in Delhi for 13 years and 2 years as a probationer in Mussoorie. During the course of these years he has had a variety of experiences that have helped him to gain an insight into the affairs of human beings. After retirement he has been retained by a leading education Trust to act the Chief Executive to help run their engineering and general sciences institutions. He also served as an Independent Director on the Board of the Bharat Electronics Ltd. 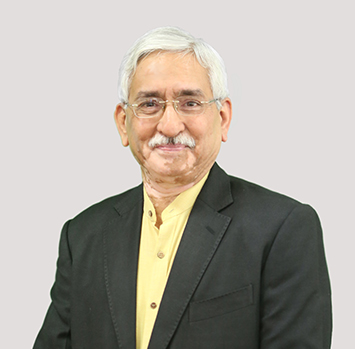 Mr. Vishnu R. Dusad is one of the main founders of Nucleus Software Exports Ltd. and has served as a Director since the inception of the Company. Mr. Dusad completed his Bachelor’s Degree in Technology from the Indian Institute of Technology (IIT), Delhi and has been associated with the development of the software industry in India since 1983 as an entrepreneur.Mr. Dusad has enriched Nucleus with his technology background and over three decades of valuable professional experience in the exciting space of BFSI IT Solutions. He has a deep commitment to making a difference in the lives of fellow Nucleites, and through Nucleus, to the world around. His success in concluding business deals for implementing Nucleus Products globally owes much to a deep sensitivity to cross-cultural nuances. His experience encompasses areas of software development, creation of strategic alliances, business development, and strategic planning. 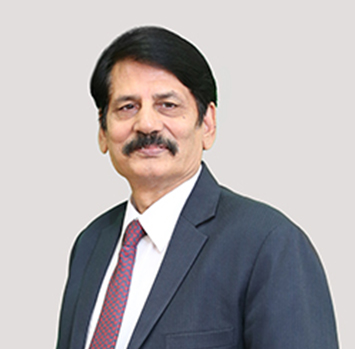 Prithvi Haldea did his MBA from Birla Institute of Technology & Science, Pilani in 1971. Over the next 18 years, he worked at senior positions in the corporate sector in the areas of exports, consulting and advertising. In 1989, Haldea set up PRIME Database, the country’s first and still the only database on the primary capital market. It has a large subscriber base, and is widely reported by the media.

Haldea is presently a Member of the Government’s Standing Council of Experts for the Financial Sector. He is also a member of several committees including SEBI Primary Market Advisory Committee and Advisory Committee on Individual Insolvency and Bankruptcy, IBBI. He is a Public Interest Director on MCX. Additionally, he is an Advisor to the Association of Investment Bankers of India and Gaja Capital.

Haldea has served, among others, as a Board Member of the Central Listing Authority-SEBI, First Trustee of the Pension Fund Regulatory & Development Authority, Board of Governors of Indian Institute of Corporate Affairs, Central Government Nominee on the Governing Council of ICAI and ICSI. He was also a member of Ministry of Finance Task Force on Financial Redress Agency, Quality Review Board-ICAI, FSDC Committee on Commission/Incentive Structure of the Distributors of Financial Products, Finance Minister’s High-level Expert Committee on Corporate Bonds and Securitization, and several committees of SEBI, MCA, NSE, BSE, CII, NASSCOM, ASSOCHAM and PHDCCI.

As an investor protection activist and proponent of corporate governance, Haldea regularly raises issues with regulators and in the media, and has launched several public service websites. A lover of Urdu poetry, he is presently devoting a lot of his time to Ibaadat Foundation, which he founded for bringing poets and poetry back to life, through musical dramas. 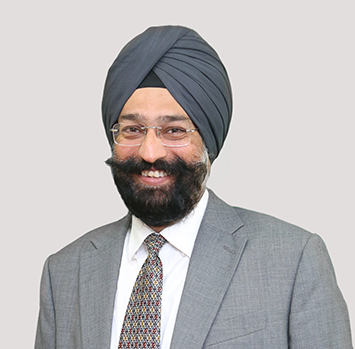 Being a natural mentor and a technocrat of high caliber himself, he continues to succumb to his passion for inspiring and enabling young minds to innovate. In his role as the Global Head of Delivery, RP introduced many measurement models and spearheaded quality initiatives. His innovative yet practical approach to solving “real” business problems makes him a repository of knowledge. 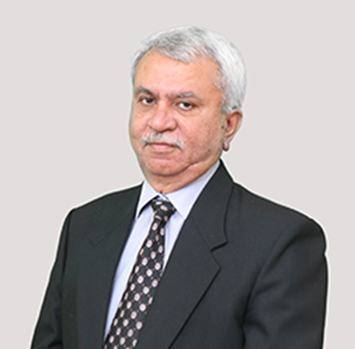 Mrs. Elaine Mathias recently joined the Board of Directors of Nucleus Software as an Additional Director (Independent Director). Mrs. Elaine Mathias is a Fellow member of the Institute of Chartered Accountants of India and also an Associate member of the Institute of Cost and Works Accountants of India. She has served as the Executive Director (Finance) of Bharat Electronics Limited (BEL), Bangalore, a Navratna Company under the Ministry of Defence, Government of India, for thirty four years. 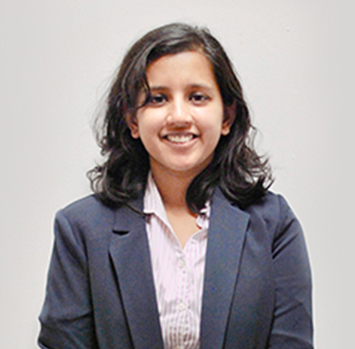 Dr. Ritika Dusad is leading Marketing and Innovation at Nucleus with a focus on data-based decision making and ideation. She completed her undergraduate studies at University of California, Los Angeles and thereafter pursued a PhD in Physics at Ivy League- Cornell University, USA. During her PhD, she worked on both theoretical and experimental aspects of magnetism and designed and built a novel cryogenic spectrometer to detect magnetic monopoles. She has been awarded the prestigious Springer Thesis Award which recognizes outstanding PhD research to be published in a series that brings together the best PhD theses from around the world. After her PhD, she then worked on quantum magnetism as a postdoctoral researcher at Lawrence Berkeley National Lab, managed by UC Berkeley,  as a postdoctoral researcher. As a researcher in Low Temperature Physics, a predominantly male dominated area, she lived and led innovation for seven years and created a benchmark by publishing her research paper in the renowned journal- Nature. She has been contributing to the board deliberations by highlighting the importance of diversity and fairness in creating the right environment for world class research. Her areas of expertise include Governance, Global Business and Technology. Dr. Dusad joined the Nucleus Board in July 2016. 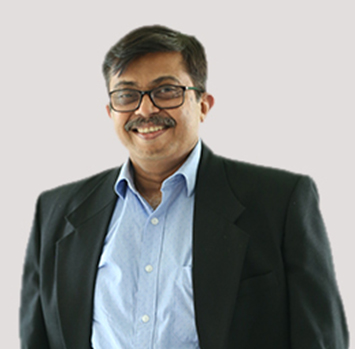 Mr. Parag Bhise is the Chief Executive Officer at Nucleus Software. In his most recent role as EVP Product Engineering, he has been responsible for ensuring that our flagship products – FinnOne Neo and FinnAxia – are developed using the latest technologies and techniques.

He combines three decades of experience with a passion for leveraging technology to solve business problems. Throughout his career he has been responsible for a range of areas – including software development, delivery and quality assurance as well as IT infrastructure management and internal systems. As a result he brings a unique perspective to ensuring that our products are high quality, resilient and future proofed.

A strong advocate of life-long learning and continuous improvement he has recently completed MIT’s Professional Certificate in Innovation & Technology, which adds to his Master’s Degree in Computer Applications from BIT Mesra and his MBA from the Management Development Institute – Gurgaon. 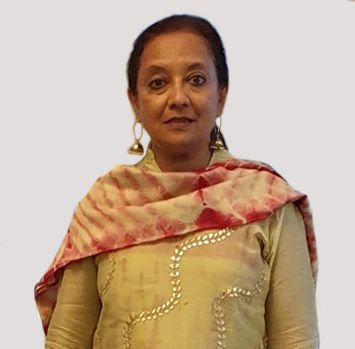 Ms. Yasmin has worked with large multinational institutions such as Price Waterhouse (India), American Express (US, India and Korea), Citibank (Korea), a British educational institution (Saudi Arabia), start-ups in HR consultancy (India) as well as in Analytics (Singapore) and a boutique recruitment firm (Singapore). She was Head of Campus for S P Jain School of Global Management’s Singapore Campus.

Ms. Yasmin has a multi-faceted global experience of over 20 years in Financial Control, MIS, Treasury, Process rationalization, Business Intelligence & Executive Search. Her work experience spans several industries: Retail Banking & Credit Cards, HR Consultancy & Search, Education, Accounting and Information Consultancy/Decision Management. She is currently serving as Honorary Treasurer for a not-for-profit cultural organisation called Friends of the Museums in Singapore, to give back to the Singapore cultural community by ensuring the financial security of the society. Ms. Yasmin is a rank-holder Chartered Accountant from the Institute of Chartered Accountants of India and an MBA (Finance and International Business) from the Stern School of Business, New York University. Ms. Yasmin Javeri Krishan joined the Board of Directors of Nucleus Software as an Independent Director. 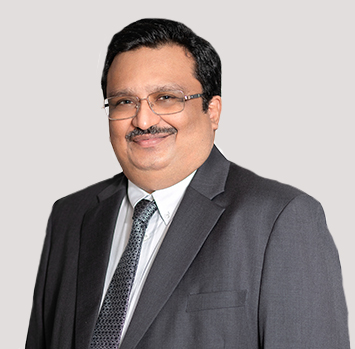 Mr. Anurag Mantri started his career with Nucleus Software in 1994 and today leads the company’s Services Business. In addition to providing executive oversight to Customer Engagements and expanding the business to cover new geographies, he is responsible for the strategy of the Services Business where he is focusing on shaping the company’s Digital Transformation services. Anurag also leads the SEPG & SQA functions at Nucleus Software.

Throughout his career at Nucleus, Anurag has handled a wide range of areas across professional services, sales and customer services. In addition to managing complex global and regional transformation programs, Anurag managed the Global Customer care centre of excellence for Transaction Banking, and led sales for FinnOne Neo and FinnAxia in South East Asia.

Anurag is a post graduate in Statistics from prestigious Banaras Hindu University (BHU). In addition to this, he gained post-graduate degree in Computer Science Applications (PGDCSA) as well from BHU. Anurag strongly believes in the power of technology to transform and that the critical factors in turning vision into an implemented reality are a combination of domain expertise, business acumen and a relentless focus on customers.